General Motors is expanding its line of products to include… bicycles.

GM, which manufactures SUVs and pickup trucks, revealed it had made two electric bikes and will be offering them for sale next year. The electric bikes are pedal bikes that come with an electric motor and small battery pack. While some e-bikes run on just electricity (no pedaling involved), others require pedaling to provide extra power to the motor. GM did not disclose what its e-bikes would have). 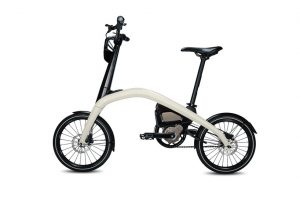 GM engineers who worked on the company’s electric cars helped in the design of the bike and the electric motors.

GM E-bike Marketing Manager Jennifer Cathcart said the two foldable bikes were created to be used in urban settings. Since they don’t need as much exertion to rise, it eliminates the usual protests people have about biking. For example, riders who bike to work won’t get near as sweaty even when they ride uphill.

GM said there are both front and rear lights on the e-bikes.

According to Cathcart, the electric bikes are in line with the company’s long-term goal to offer customers with zero-congestion and zero emissions products.

The e-bikes will include Internet connection though no disclosure of what type of connections. The company is also mum on how its bikes are going to be advertised and if they’ll be available to consumers, bike sharing fleets or both.

There is also no name for the bike line, and the company is asking for the public’s help. You can take part in the naming process by going to eBikeBrandChallenge.com. GM will give $10,000 to the winning submission while nine runners-up will receive $1,000 each. A panel will go through each name to determine the best one for the bike line.