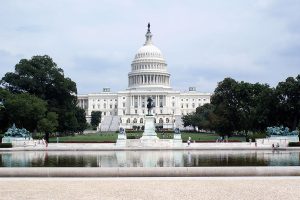 The upcoming midterm election on Tuesday has major stakes for both political parties, as well as the future of healthcare, taxes, immigration and the U.S. economy.

Polls indicate Democrats have a good shot at taking control of the House, while the GOP is favored to keep a small majority in the Senate.

However after the last presidential election, no one is taking anything for granted.

Both President Donald Trump along with former President Obama hit the campaign trail on Friday to help party members in contested races across the country seal the deal before Tuesday's big vote.

While balance in Washington sounds like a good thing, the inability to to pass almost any major legislation is an unfortunate side effect.

History shows that when the president's party has a low approval rating going into a midterm election, there will likely be a major hit across the board nationally.

One where President Donald Trump won the White House despite every poll saying it couldn't happen.

One where words that would have sunk any other presidency have managed to bolster his base support.

One where nothing is over until it's over.